As much as it’s the flashier part of physical server security, stopping physical intruders isn’t the only focus at an ultra-secure data centre like ours. A lot of our time is spent maintaining the systems and making sure that external issues such as power failures, fires, and floods don’t affect your day-to-day operations.

When you’re relying on a server to stay operational and online at all times, you have to consider a huge amount of infrastructural problems and source robust solutions to them. It’s all great being impenetrable to someone with some power tools, but what if a local grid distribution point has a power cut?

Here are some of the things that we continually monitor and optimise for the protection and availability of your data:

The fundamental security consideration is how easy it is for people to walk into the data centre and access things they shouldn’t – this is, in its base form, something that’s considered in practically every office building in the country. But we have to take it a step (or a few leaps) further.

Power lines shouldn’t ever go down, lest there’s a serious problem with the national grid – but in such an eventuality, we have rooms filled with UPS batteries to keep us operational for switchovers and for short-term running.

As well as the UPS, we can rely on three ship-engine-sized generators for scalable power needs. These are also invaluable in times of intermittent grid power. Our on-site fuel tanks are similarly impressive and, with priority refuelling contracts, we’re able to ensure continued operation until whatever disaster has passed.

These contracts even go as far as stipulating reserves that suppliers must set aside for us in case of emergencies.

Here’s a day in the life of one of our Facilities & Engineer managers:

Our site was strategically chosen by the MOD because of its location, and the building construction was designed to withstand a nuclear attack.

Not impressed? The data centre is also within a faraday cage, so anything like a serious solar flare or EMP bomb wouldn’t damage our servers.

Many data centres rely on flooding rooms with gas to suppress any outbreaks of fire. The system makes sense: the gas removes the oxygen from the room so any heat can’t actually turn into a fire.

The problem, however, is that this is extremely dangerous for anybody in the room, and it dramatically increases the amount of time before technicians can safely get into the room in order to fix damaged hardware.

Our system, on the other hand, keeps things much safer by localising fire suppression to the server rack itself. It works by pressurising gas through plastic lines that burst when heated, the gas then escapes the line at that specific location and removes the oxygen from the area – thus putting the fire out without removing oxygen from the entire room. The gas we use is also non-conductive in gaseous form, so there’s no risk of short-circuiting.

Your Data and Your Servers are in Good Hands

All this, really, is to say that when you trust your servers to us, you can trust that they’re going to be safe from any physical threat.

If you have any questions or are looking for a bespoke solution, get in touch with our team and we can work out how best to help you. In this increasingly interconnected world, security can no longer be an afterthought. Your business, and your customers, deserve strategic security solutions. Find out more > 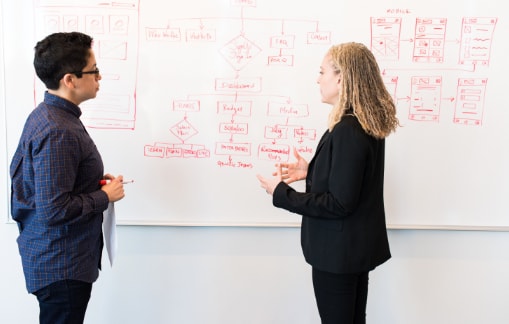 From managed cloud hosting to colocation services, Cyberfort takes the same approach to cloud as we do with everything else: security first. Find out more >